Reasons to Give Your Dog Probiotics

Your table scraps and leftovers won’t fulfil your dog’s dietary needs. A proper diet offers a good source of proteins, fats, carbohydrates, vitamins, minerals and other nutrients in adequate doses. Often, food products for dogs are enriched with probiotics which will target and benefit their gut microbiome. A microbiome is the body of microorganisms and their genetic material occupying a habitat in a mutualistic and synergistic manner. The gastrointestinal (GI) microbiome is even considered to be a metabolic organ due to its crucial role in the health and fitness of its host.

The composition of the GI microbiome is influenced by the dog’s diet, immune system and antibiotic intake. The predominant bacterial species in the colon and feces of dogs are represented by Firmicutes, Bacteroidetes, Proteobacteria, and Fusobacteria. Lactobacilli commonly inhabit all parts of the dog intestine, among which Lactobacillus acidophilus is dominant.

Probiotics are live organisms that, when added to the diet of their host, can improve the gut microbiome and cause numerous benefits. Many of the probiotics studied in dog supplies for pet health belong to the genera of Lactobacillus, Bifidobacterium and Enterococcus.

How do probiotics work? They stimulate the growth of beneficial resident bacteria while impeding the growth of pathogenic ones through metabolic or immune interactions. The colonization of the gut microbiome with the probiotic will differ in every gut as it depends on both the composition of the microbiome and the dog’s diet, bringing us to the following question: What is the best diet to feed your dog?

Here’s what nurturing your dog’s microbiota and including probiotics can do for your canine companion.

Numerous studies have shown that probiotic dog supplies can reduce diarrhea in dogs.

A study conducted on 21 dogs with food responsive diarrhea that included a specific diet enriched with probiotics (L. acidophilus and L. johnsonii) resulted in positive effects on gut microbiota, intestinal inflammation, fewer enterobacteria and more lactobacilli in feces. Most importantly, the probiotic treatment led to clinical improvement in all dogs.

Dysbiosis is more common in animals with inflammatory bowel disease (IBD) and is characterized by decreased microbiome diversity. A study of dogs with IBD fed an elimination diet (a diet that eliminates foods/ingredients suspected of causing adverse effects) showed that the microbiota in dogs whose IBD signs and symptoms resolved was different from those that didn’t improve.

Dogs are a well-known reservoir of Helicobacter-like bacteria. Although they primarily reside in the gut, they can occasionally be found in the mouths of pets from where they could be easily transferred to their owners. Some probiotic strains, such as Lactobacillus casei showed a high success rate of eradication of Helicobacter in children (along with standard treatment). In conclusion, probiotics could be a favourable tool to fight Helicobacter infections in dogs.

Due to the immune nature of allergic disorders, the immunomodulatory effects of probiotics may be beneficial for allergy prevention and treatment. In fact, one study showed that early exposure to probiotics (Lactobacillus rhamnosus) significantly decreased allergen-specific IgE and partially prevented the development of canine atopic dermatitis in the first 6 months of life. A follow-up of this study showed that these effects persisted even after the probiotic being discontinued for 3 years.

A randomized control trial performed on dogs with confirmed atopic dermatitis noticed that including a probiotic (Lactobacillus sakei) for 2 months significantly reduced atopic disease severity in all dogs who received it. How do you know if your dog has allergies? Itching (pruritus), coughing, wheezing, runny nose are the most common symptoms while atopic dermatitis also includes rubbing, licking, greasy look and yeasty smell of the skin, especially on the ears, feet and underbelly.

Kidney stones (nephrolithiasis) are common in dogs. Most of the kidney and bladder stones in animals are made out of calcium oxalate or magnesium ammonium phosphate (struvite). Studies in both humans and animals have shown that Oxalobacter and Lactobacillus spp. prevent stone formation through the degradation of oxalate salts, making probiotics the new possible weapon against nephrolithiasis. Moreover, the composition of the microbiota has been linked to the vulnerability to chronic kidney disease, in humans and dogs alike.

Obesity in pets is a significant problem, with 41% of dogs in Australia, 50% in the UK, 56% in the United States and 39% of dogs in France classified as overweight or obese. Factors that can predispose an animal to obesity are its GI microbiome, genetics, low activity levels, and high fat and high energy diets and even neutering.

Obesity is also associated with a variety of health conditions, such as diabetes mellitus (DM), osteoarthritis, cardiovascular disease, skin disorders, and decreased lifespan. By protecting the gut, you could protect your dog’s joints, muscles, heart and blood vessels.

The gut microbiota can influence the metabolism of bile acids. Free bile acids resulting from bacterial metabolism can inhibit the growth of beneficial bacteria that have a protective effect against obesity, such as Lactobacilli and Bifidobacteria. 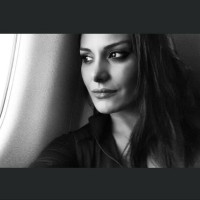 Pet Supplies Basics: Essential Items You Should Have Ready Before Your Dog Arrives
August 12, 2016
Copyright © 2016 Mystudynotes.com.au. All rights reserved.